You are here: HomenextNew contributionsnextA Vision of Glendalough in the Thirteenth Century

A Vision of Glendalough in the Thirteenth Century 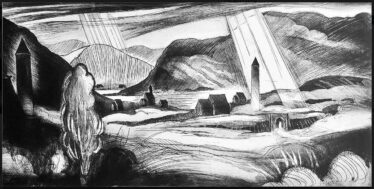 In the article below, written exclusively for the Glendalough Heritage Forum, Brian discusses his research, ideas and the inspiration he found in Glendalough, leading to his creating this wonderful piece. 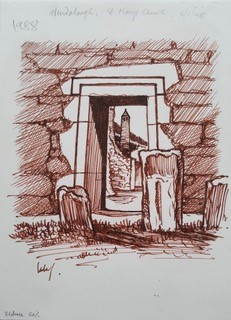 During the 1980s and 1990s I did some studies of the doorways of the St Mary’s Church (Fig. 1) and other features of the architecture of Glendalough  (Fig. 2) with a view to producing some etchings of these subjects, but did not pursue that work.

When in 2007 I was invited to participate in an exhibition at the National Gallery of Ireland titled Revelation, I chose to return to Glendalough in an attempt to capture some of the drama, natural beauty and spiritual aura that must have inspired early pilgrims to the valley. 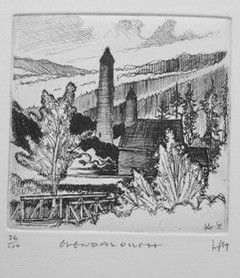 On this occasion, I began my work, not at the ecclesiastical site, but in the prints and drawings department of the National Gallery, studying a collection of nineteenth century antiquarian drawings of the location and its buildings, by a variety of artists who sought to record and recover the tangible remains of Ireland’s historic sites (Fig. 3).

By the tenth century AD or later, three round towers had been erected, one freestanding, the cloig teach or bell-house of the settlement, and two attached as belfries to church buildings, of which St Kevin’s Church survives (Fig. 4). 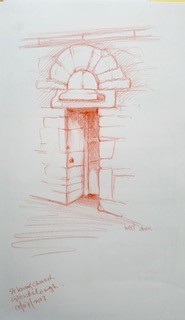 The other attached tower at Trinity Church did not survived into the present. My idea was to incorporate all three towers into the work that I was about to commence.

In the National Gallery archives I found substantial evidence for the third round tower and this became the springboard for my etching ‘A Vision of Glendalough in the 13thC’ (Fig. 5).

The title itself an adaptation of James Clarence Mangan’s well known poem, ‘A vision of Connacht in the thirteenth century’, which opens with the line: I walked entranced through a land of morn. 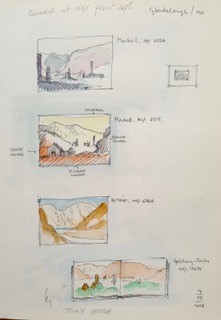 Fig. 4 – Studies of archival material at the National Gallery of Ireland, 2007

Once the initial idea had crystallised, I began work on a full-scale drawing at the site, and preparing the copperplate at the workshops of Graphic Studio Dublin.

Sometimes, a promising concept does not translate into a satisfactory artwork. 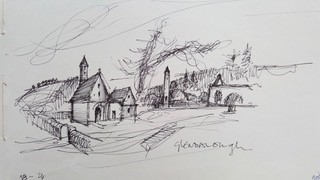 On this occasion however, the image (etching and aquatint) fulfilled my ambitions and became what I consider to be one of my most successful works.

All images appear courtesy of the artist, Mr. Brian Lalor.

For more information on this work, please visit the National Gallery entry here.

For more information on the artist, please visit his website here.