You are here: HomenextPeoplenextGlendalough and the Royal Society of Antiquaries of Ireland

Glendalough and the Royal Society of Antiquaries of Ireland 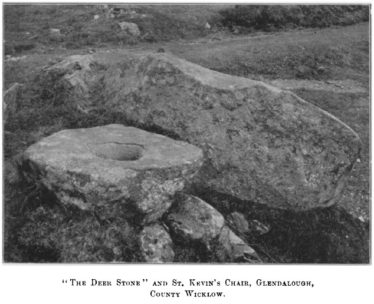 zoom
The Deer Stone and St. Kevin's Chair
Courtesy of the RSAI 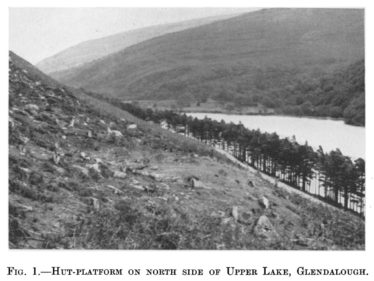 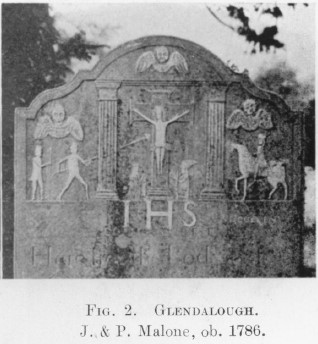 zoom
Courtesy of the Royal Society of Antiquaries of Ireland

Glendalough is one of Ireland’s most remarkable ecclesiastical and archaeological sites. This beautiful valley has long been a popular subject for research by Ireland’s foremost scholars.

For centuries the solemn remains of this once thriving monastic complex have drawn archaeologists, historians, artists and tourists to this enchanting valley. Their discoveries, opinions, images and recollections remain in collections the world over.

One of the most significant and remarkable collections of articles and images relating to Glendalough is held by the Royal Society of Antiquaries of Ireland. Since the mid-nineteenth century, members of this Society have been writing, drawing, photographing and providing understanding about all aspects of Glendalough’s heritage.

History of the Royal Society of Antiquaries of Ireland (RSAI)

Originally established as the Kilkenny Archaeological Society in 1849, the aim of the society is to ‘preserve, examine all ancient monuments and memorials of the arts, manners and customs of the past, as connected with the antiquities, language, literature and history of Ireland’.

The society has a modest membership fee to encourage social inclusion, and a policy of being ‘non-sectarian and non-political’.

These articles cover a broad range of topics relating to Glendalough with the earliest featured article, by James Graves (published in 1883) discussing inscriptions and having the rather long but self-explanatory title ‘On a Sepulchral Slab Found at the Reefert, Glendalough, Bearing an Irish Inscription, and Also One in Greek Letters’. Another short article from 1912 ‘Note on an Inscription at Glendalough’ by Henry S. Crawford discusses inscriptions on the now lost graveslab of Corpre MacCathail.

Two of our featured articles discuss the master stonemasons of the mid to late eighteenth century, whose works can be found in Glendalough. The first, by Ada K. Longfield – the wife of H.G. Leask, writer of what was for many years the official guide to Glendalough – is entitled ‘Some 18th Century Irish Tombstones’. This work introduces the beautifully elaborate tombstones of Denis Cullen of Monaseed, of whose work Glendalough graveyard contains the largest collection, and contains excellent images recording these important pieces of folk art. This article is skillfully expanded upon by Chris Corlett’s 2010 article ‘Some eighteenth-century granite headstones from Wicklow’ which broadens the area discussed in search of another master craftsman from the same period whose work he describes as ‘vernacular Baroque’.

A 1937 article by W. J. Hemp, simply titled ‘St. Kevin’s Bed, Glendalough’, compares St. Kevin’s bed with the rock-cut tombs of the Mediterranean. Another article by the same author, written with C. Gresham in 1938, describe the ‘Hut Platforms at Glendalough’ found on the north and south faces of the valley, of which they found over 70.

A Liam Price article, published in 1959, discusses the ‘Rock Basins, or ‘Bullauns’, at Glendalough and Elsewhere’ and describes the bullauns of the area in great details, comparing them with worldwide examples and discussing the possible uses for such features.

Kildare man Lord Walter FitzGerald published an excellent article in 1906 where he discusses ‘Place-Names at the Seven Churches, Glendalough, County Wicklow’ in great detail. Many these place-names have now slipped out of common use and this record ensures they are not forever lost.

G. H. Orpen’s 1907 short article ‘The Round Tower – An Unnoticed Feature’ discusses a small hole beneath the door of the round tower, asking if it was a murder-hole or a spy-hole, hard to ascertain owing to its unusual positioning.

A. S. MacShamráin’s wonderful 1989 article ‘Prosopographica Glindelachensis: The Monastic Church of Glendalough and its Community Sixth to Thirteenth Centuries’ provides a ‘comprehensive catalogue of all recorded members of the monastic community from its foundation until the mid-thirteenth century’.

These articles demonstrate the level of commitment by members of the RSAI, past and present, to furthering academic understanding and knowledge of the built and cultural heritage of this scenic valley, located in the heart of the Wicklow Mountains.

The traditional association between members of the RSAI and Glendalough continues to this day with several members of the Glendalough Heritage Forum being active members of the Royal Society of Antiquaries of Ireland, carrying on the work of previous members in actively researching and promoting knowledge of this remarkable valley.