You are here: HomenextTopicsnextNaturenextBirds in the Wicklow Mountains National Park 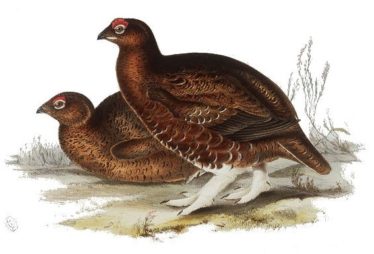 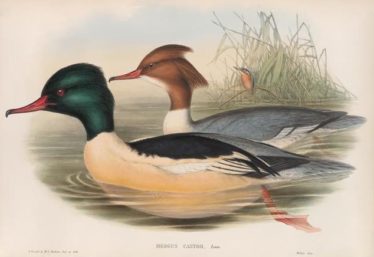 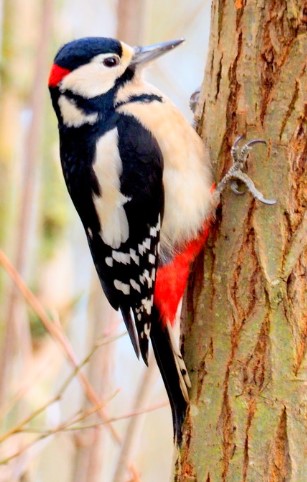 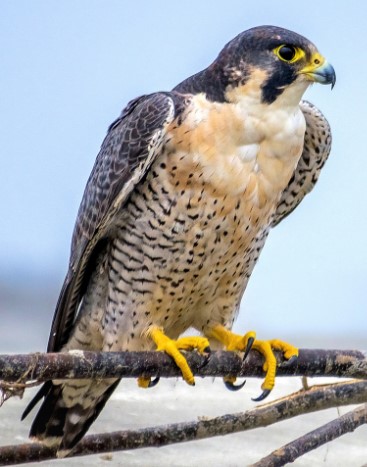 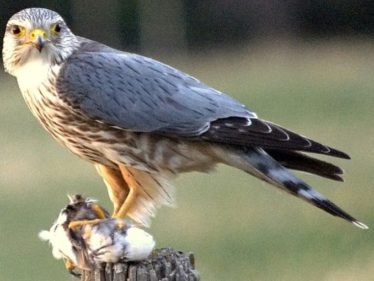 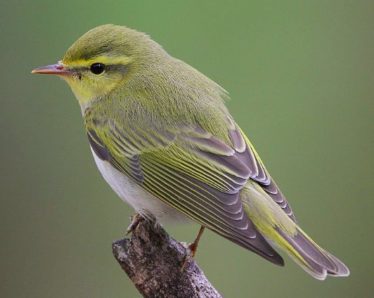 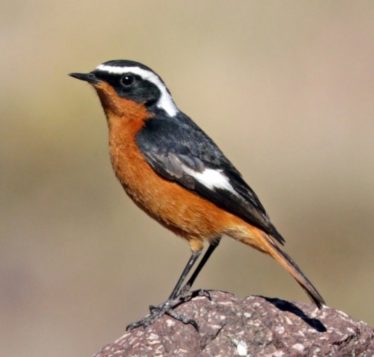 Ireland’s location on the western edge of Europe means that there are fewer resident species than in Britain or mainland Europe. Over 100 bird species have been recorded in Wicklow Mountains National Park.

Birdwatchers should aim to visit several habitats, each of which has its own range of species. Blanket bog, heath, deciduous woods, coniferous plantations, cliffs, lakes and rivers all provide important habitats for birds.

The Wicklow heathlands are an important habitat for the threatened Red Grouse. This species requires long old heather for cover and nesting as well as young heather on which to feed. An area of heath near Djouce Mt. is being managed to create diversity in heather cover to boost the population. This is being achieved at present through the cutting of plots of heather on a rotational basis. Controlled burning of plots is planned in the future.

The goosander is a large fish-eating duck, similar to the commoner Red-breasted Merganser. It is a rare winter visitor to Ireland. There are also two small populations of resident breeding birds – in Donegal and here in Wicklow. The National Park has a successful nestbox scheme for this tree-nesting species. They can be seen on the Upper Lake in Glendalough, but be warned, they are shy birds and don not hang around when spotted.

For many years, Ireland had no woodpecker species. From 2005 however, sightings of single birds were reported, and in 2008 breeding was recorded. The species appears to be increasing. Look for it in the woods around Glendalough. In winter, they often move oto local gardens to feed on peanuts.

Peregrines nest on the cliffs within the National Park and are the Park’s symbol. Park staff are involved in an annual nest monitoring and chick ringing programme. Staff also try to organise a ‘Peregrine Watch’ event with telescopes each year, although this is dependent on the birds’ nesting success.

In summer, the Wicklow uplands have a good population of this rare small falcon. If you are lucky, you might spot one perched on a post, or hunting small birds such as pipits. It nests in woodland edges, and hunts over the open bog and moorland.

These two species are both rare summer visitors to Ireland. Both nest in the woodlands of the National Park, but in very low numbers. They are more easily heard than seen.

Some Birds to Watch for in Upland Bog and Moorland

Some Birds to Watch for in Lakes & Streams

Some Birds to Watch for in Woodland

Other Birds to Watch for