You are here: HomenextPeoplenextGlendalough Graveyard Survey 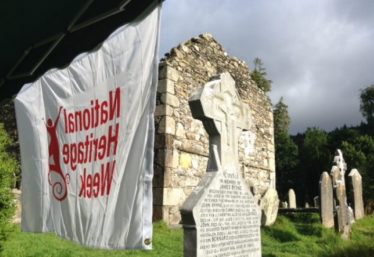 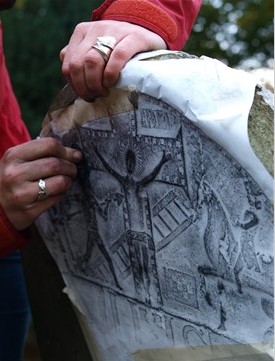 zoom
Recording a gravemarker
Courtesy of Our Wicklow Heritage 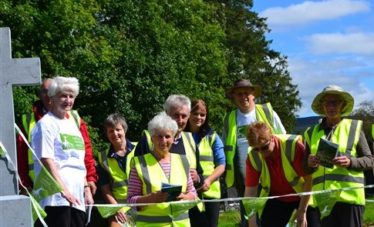 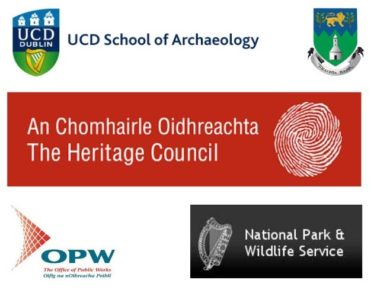 The graveyard in Glendalough..

is probably the second most famous graveyard in Ireland. There are a vast array of funerary monuments spread amongst one of the finest collections of medieval monastic buildings in Europe.

For many centuries people both local and distant, have come here to bury their dead. In the early twentieth century the graveyard became overcrowded and this led much friction between the authorities of the time and people hoping to inter relatives. That, however, is another story…

The graveyard in Glendalough is situated on a gentle S-facing slope between the Glendasan and Glenealo rivers. A large quadrangular enclosure (dims. 100m E-W; 110m N-S) defined by a modern wall and stony bank, now surrounds the cathedral, round tower and graveyard at Glendalough. An extension of the wall on the S side of the entrance divides off the N third of the graveyard. This enclosure may be superimposed on an earlier inner enclosure. The overall site is bounded at the N, E and S by rivers and apart from the general outline there is no clear W perimeter. This outer enclosure would have been at least 400m E-W.

The aim of this survey

During Heritage Week 2016, a full survey of the graveyard was begun, The aim of this survey was to map and record all the funerary monuments in this historic graveyard. A team of volunteers, led by the very capable John Tierney of Historic Graves, undertook this ambitious project. The project was organised by the Glendalough Heritage Forum, with the kind assistance of UCD Archaeology Dept. and funding was provided by the Heritage Council and Wicklow County Council.

Following the survey work in the graveyard, all the monument inscriptions were transcribed and entered into a database. The results of this monumental effort are now available to be perused on the Historic Graves website at historicgraves.com and Glendalough can be directly accessed here.

The Reefert gravemarkers can be viewed here.

And the Temple-na-Skellig gravemarkers can be viewed here.