You are here: HomenextTopicsnextArchaeologynextThe Round Tower - An Unnoticed Feature (published in 1907)

The Round Tower - An Unnoticed Feature (published in 1907) 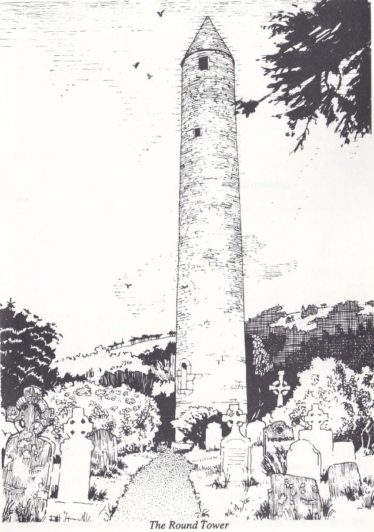 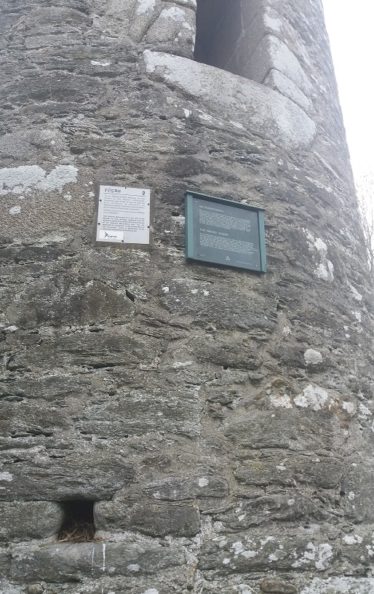 zoom
In relation to Doorway
Courtesy of P. Reid 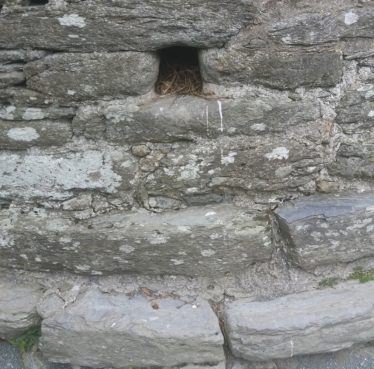 zoom
In relation to base
Courtesy of P. Reid 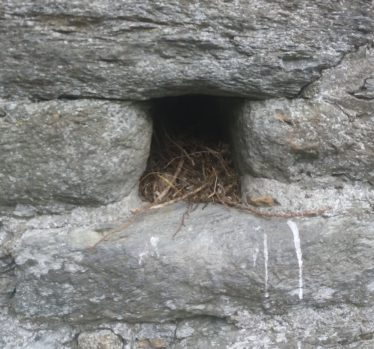 zoom
Feature with nesting birds during pandemic closure
Courtesy of P. Reid
The Round Tower, Glendalough

Last September I observed a feature in the Round Tower at Glendalough which must, indeed, have been seen by innumerable visitors, but has not, so far as I know, been recorded in print.

Almost directly under the elevated doorway, about 15 inches above the slightly projecting base, is a rectangular hole about 8 by 6 inches, pierced right through the wall.

The two side stones of this hole are ” thorough stones,” and it is roofed by two stones. The wall is about 4 feet thick, and the doorway about 10 feet above the ground. What was the purpose of this hole ?

It was certainly an original feature, and was not a loophole for a missile. I suggest that it was a spy-hole or squint (if that is the right term), to enable the occupants of the tower to ascertain, before opening the door, who was demanding admittance. Such a squint was not uncommon in after-centuries beside the doorway of castles and even of ordinary houses. There is an example at Athlone, in a house near the bridge bearing the date 1632. Has the feature been observed in other Round Towers ?

I recollect noticing in the stump of the Round Tower at Rathmichael, County Dublin, three small holes pierced through the wall in different directions about 3 or 4 feet from the ground. They are much smaller than that at Glendalough, and may have been drilled after the tower was built. I could just thrust a walking-stick into them. These two have, I think, been unnoticed. Had they a similar purpose ?

The great interest attaching to our Round Towers induces me to ask these questions. It is strange that Petrie nowhere notices this feature ; but in his time it seems that the base of the tower at Glendalough was ” concealed by an accumulation of earth around it” (“Round Towers,” p. 363). If I am right in my interpretation of the feature, it seems to support Petrie’s view that the Round Towers were erected as keeps as well as belfries.

Imagery used did not appear with original article.

Goddard H. Orpen - published by the Royal Society of Antiquaries of Ireland in 1907